The director of Iranian Lesbian and Transgender Network (6Rang), Shadi Amin, spoke at the special session of the United Nations Human Rights Council on the situation of human rights in Iran. 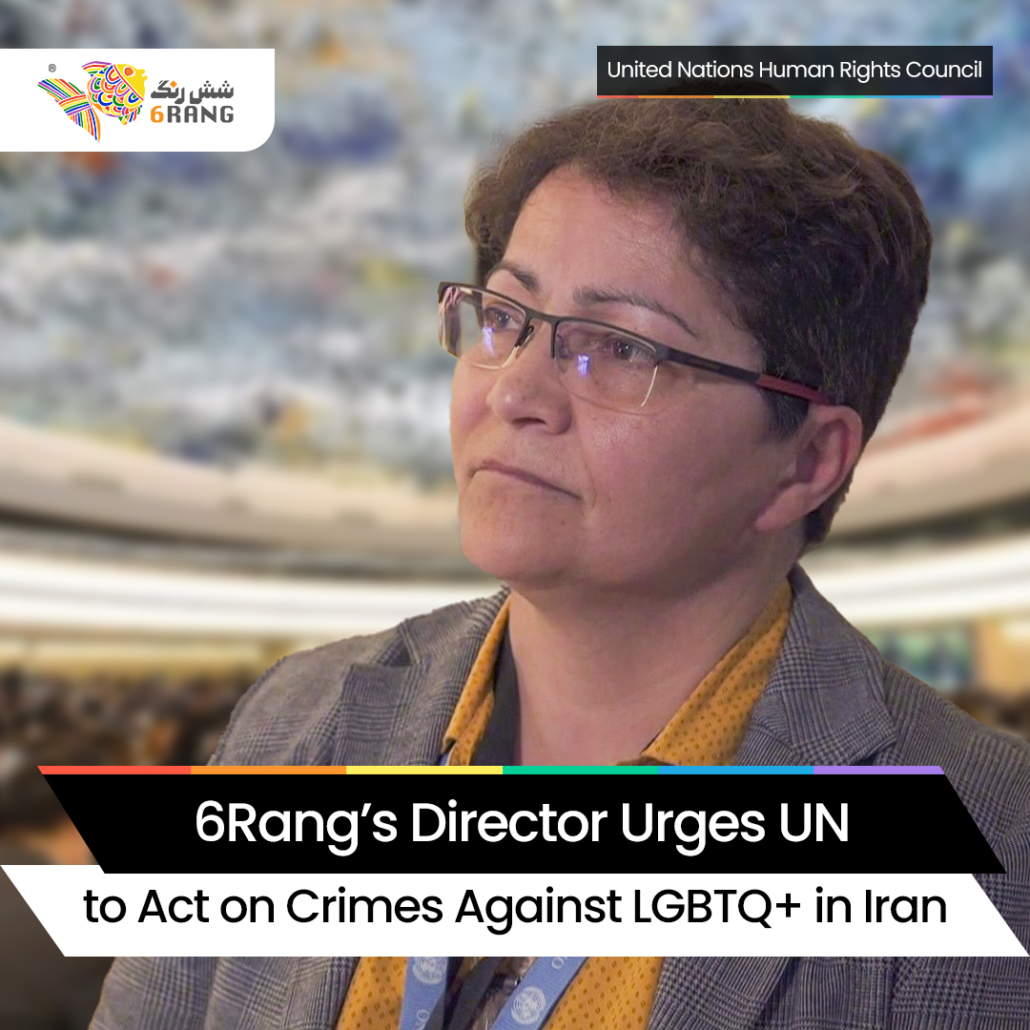 Amin, who is also a board member of the International Lesbian, Gay, Bisexual, Trans and Intersex Association (ILGA), gave a statement on behalf of the LGBTQ+ community protesting in Iran.

“The members of these communities continue sacrificing and losing their lives, united in demanding the guarantee of their rights under a future democracy,” Amin said.

Shadi Amin expanded on the vulnerability of the LGBTQ+ community in the current protests, especially when receiving death sentences for taking part in them.

“We urge the UN Human Rights Council member states to include human rights violation and crimes based on sexual orientation, gender identity and gender expression committed by the Islamic Republic and systemic impunity while establishing an investigative and accountability mechanism,” Amin continued.

Amin represented 6Rang as one of the 19 speakers representing NGOs working on Iran.

The special session of Human Rights Council was convened in Geneva due to the deteriorating human rights situation in Iran as a result of government repression against peaceful protests. The session succeeded in establishing an independent fact-finding mission in order to investigate the human rights violations committed by the Islamic Republic of Iran.