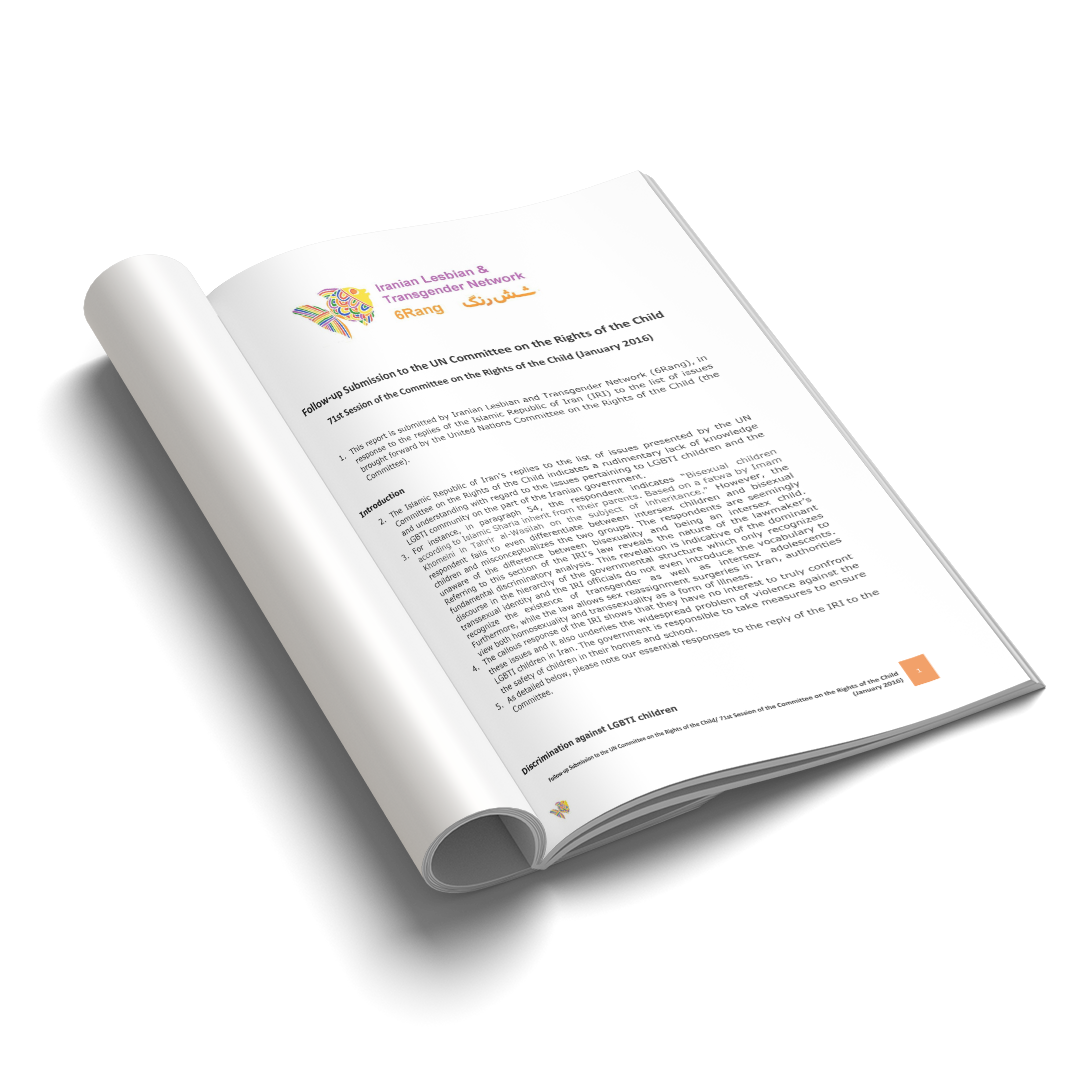 In Nov 2019, we presented recommendations to the 34th UN Universal Periodic Review (UPR) on abuses against LGBTIQ people in health-care settings in Iran, focusing on reparative conversion therapies, sterilization and sex reassignment surgeries as well as persecution of LGBTI communities’ members. 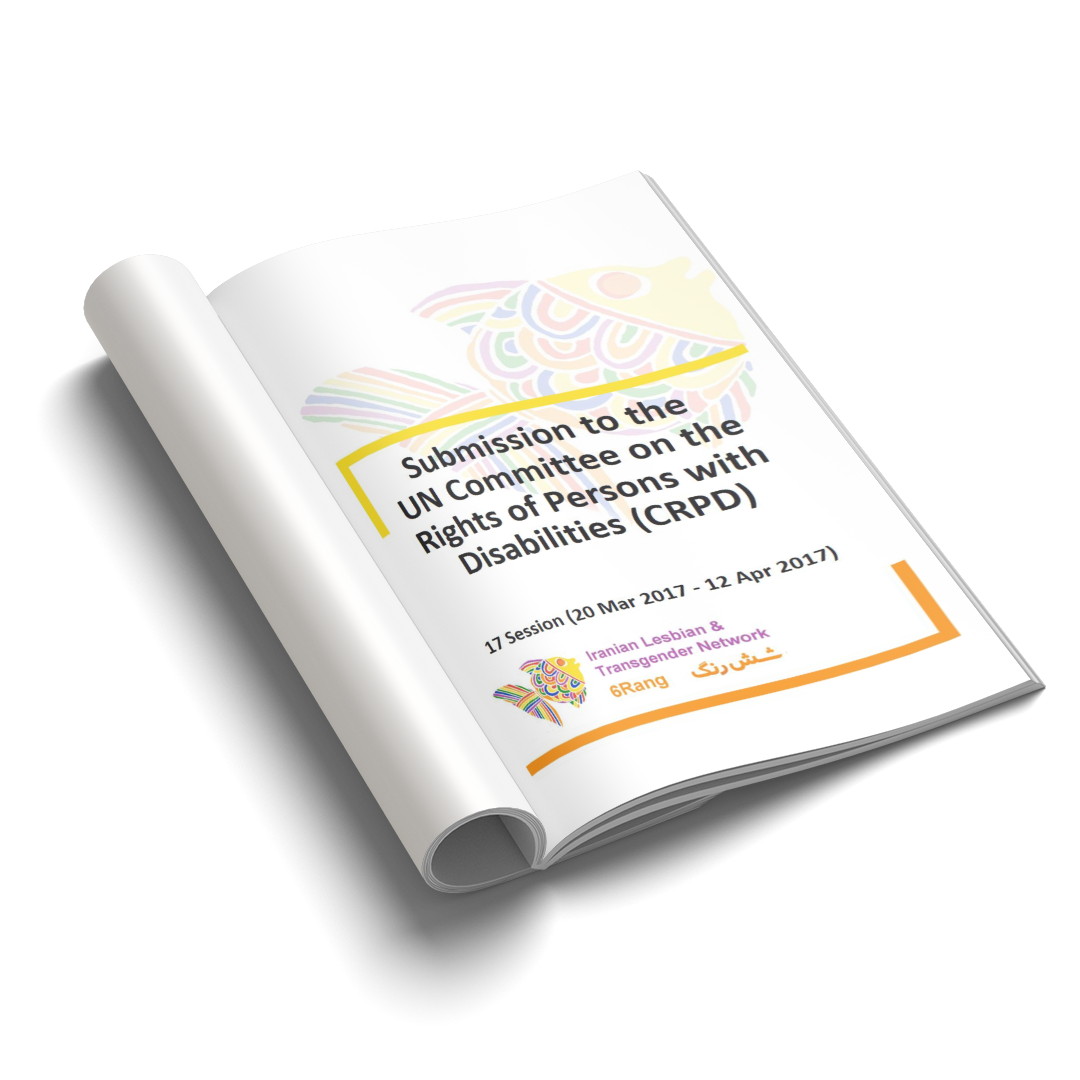 6rang provided a submission on the rights of Iran-based LGBTIQ people with disabilities in April 2017. The submission highlights reparative therapies as well as forced and substandard sex reassignment surgeries causing impairment among LGBTIQ communities in Iran. 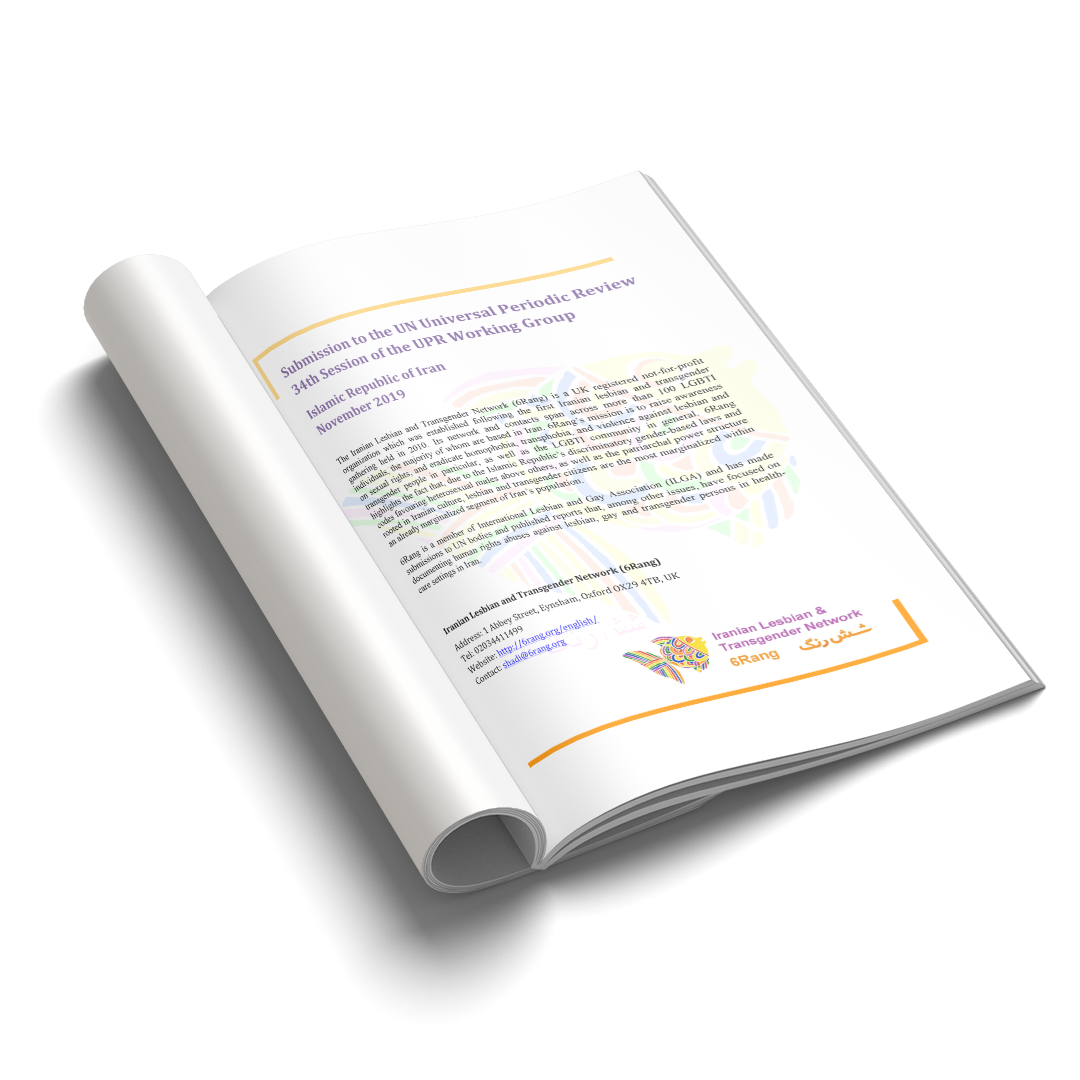 6rang presented a report in January 2016, in response to the replies of the Islamic Republic of Iran (IRI) to the list of issues at the 71st Session of the Committee on the Rights of the Child, addressing discrimination against LGBTI children in Iran. 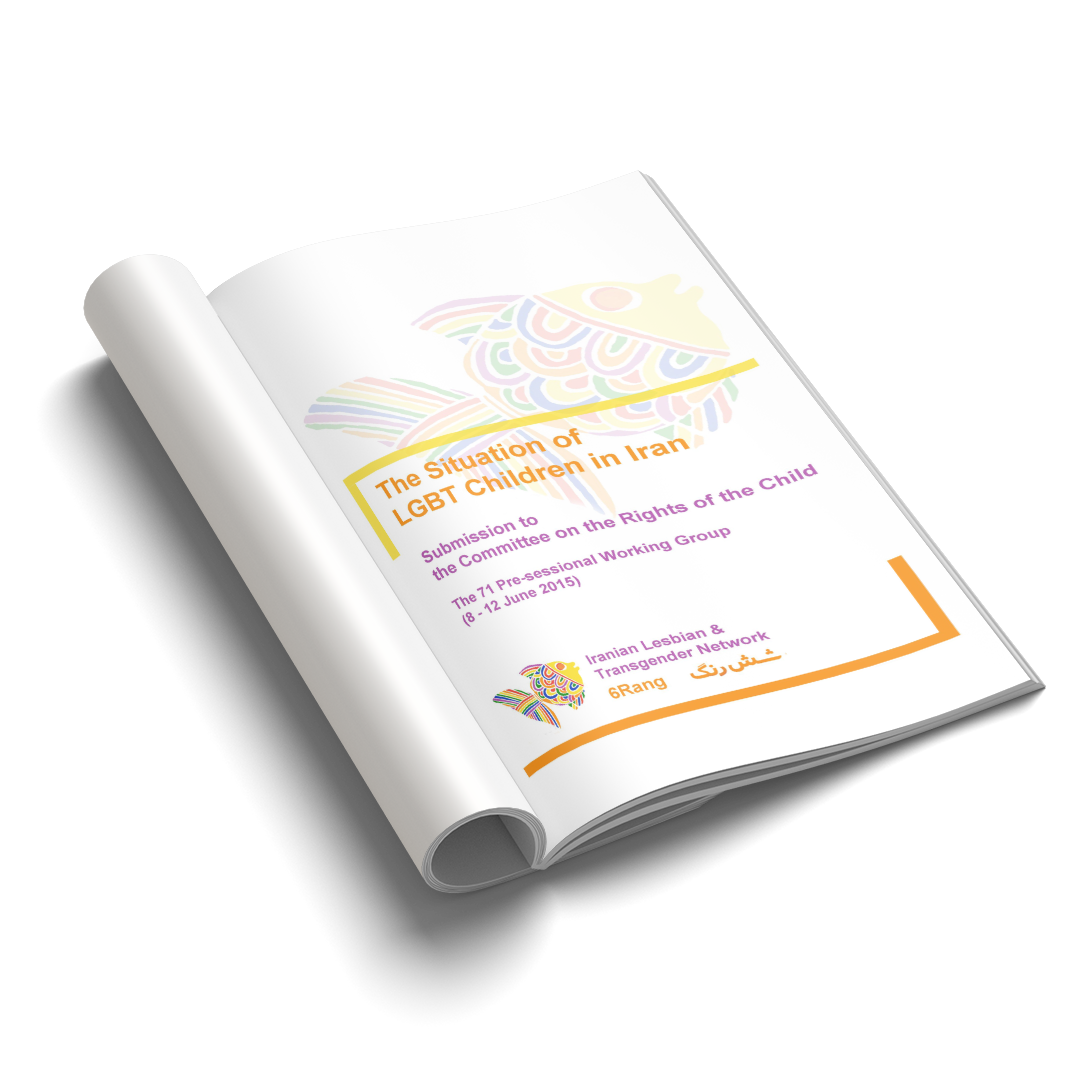 The situation of LGBT Children in Iran

For the third periodic review of the Islamic Republic of Iran by the UN Committee on the Rights of the Child, 6rang submitted its recommendations in June 2015, so as to draw attention of the UN committee to human rights abuses suffered by lesbian, gay, bisexual and transgender (LGBT) adolescents in Iran.

Jointly with Justice For Iran (JFI), a submission was prepared in November 2014, for the 20th session of the Universal Periodic Review (UPR), focusing on three core sets of practices that are paradigmatic examples of impermissible barriers to the realization of the right of women and transgender people to control their body and sexuality: mandatory hijab [veiling] laws, reparative therapy and mandatory sex reassignment surgeries, and sexual abuse and torture of women prisoners of conscience.