Iranian activists are making a new push for recognition of the human rights of LGBT people in Iran, in particular for an end to the nation’s coercive advocacy of sex-change surgery for LGBT people. 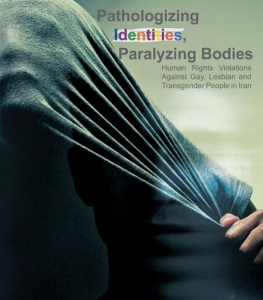 As you are aware, Iran is one of the countries where homosexuality is criminalised. Its state policies, media, health care and education are designed to demonise and deny the very existence of homosexuals.

The Islamic Republic authorities take pride in the medical provisions for gender reassignment surgeries and reparative procedures, while the very medical experts involved with the system admit to procedures involving misinformation and malpractice harming thousands of citizens whose identity and inalienable rights hinge on forced policies and procedures. For more than three decades now, the Iranian LGBT community have suffered horrific violations of their rights in silence, even losing their lives, all because of their sexual identity.

During Istanbul Pride 2014the Iranian LGBT community emerged on world stage. This was in no small part due to two factors. First, the launch of a ground-breaking report on legal and medical human rights violations of lesbian and transgender citizens in Iran [Pathologizing Identities, Paralyzing Bodies (June 2014)] and, second, the first-ever participation of an Iranian LGBT organisation in a Pride march. Following our success in Istanbul, we plan to hold our next panel during Stockholm Pride on Aug. 1, 2014. We hope to draw greater attention to the plight of an entire community in desperate need of getting out of a closet that has been locked up in their faces unless their bodies are torn away by doctors who fail to recognize their inherent dignity. The new report, as part of Justice for Iran (JFI) and 6Rang’s joint campaign “No to Forced Sex Change,” was launched on Thursday, June 26, 2014, with a panel presenting in Farsi, English and Turkish. The march took place on Sunday, June 29, joining thousands from all corners of the globe. Both were sponsored by the 6Rang Iranian lesbian and transgender network, and Justice for Iran, two non-governmental organisations fighting for access to human rights for all citizens living under the Islamic republic of Iran. Pathologizing Identities, Paralyzing Bodies documents in-depth interviews with more than 80 lesbian, transgender and gay Iranians. The report findings illustrate that Islamic Republic policies on forced sex change and criminalisation of same-sex relations are in fact supplementary policies that leave LGBT citizens with no choice but to undergo unnecessary, and often uninformed and unwanted reparative procedure and reassignment surgeries, in order to access their most basic rights. One female-to-male transgender describes his experience of gender reassignment surgery in Iran as follows:

“It was the worst night that I have ever experienced in life… removing my breasts, ovaries and uterus all at once. I was in pain and bleeding. And then came the section’s nurse, the one who was responsible for changing the urine bag. He forced the urinal tube inside my vagina and said in a sick voice, “don’t you like this? Why did you have an operation? Wasn’t it such a waste?” Rage, pain, cruelty, abuse — I experienced them all that night. The next morning, I told the head of the ward about my experience. He asked, “They didn’t rape you, did they?” I said: “No, but they did all those other things to me.” He said: “Go and thank God that you weren’t raped!

This and other cases involving humiliation, abuse and torture haunt thousands of citizens in Iran at the hands of governmental and medical authorities. For those who have no means of leaving Iran, they have no choice but to face such dire adversities in order to survive. For others, they must bid farewell to all they have ever known in order to make a new home in a different land and live with their true gender identity. Islamic Republic policies, Iranian cultural norms and familial standards leave transgender and lesbians in Iran among the most neglected and abused segments of the Iranian population. Theirs is a cause that has yet to receive the urgent attention they deserve. Our initial experience at Istanbul 2014 has proven that now the conditions are propitious for championing this cause. Following our success in Istanbul, we plan to attend Stockholm Pride with a panel on Aug. 1, at RFSL [the Swedish Federation for Lesbian, Gay, Bisexual and Transgender Rights in] Stockholm. For more information, see the report “Stop Reparative Therapies & Mandatory Sex Reassignment Surgeries: Homophobia, Transphobia and Health Care Abuses in the Islamic Republic of Iran,”  (in PDF), prepared by 6Rang and JFI with support from Hivos. Reference: http://76crimes.com/2014/07/31/iran-campaign-seeks-end-to-coerced-lgbt-sex-changes/