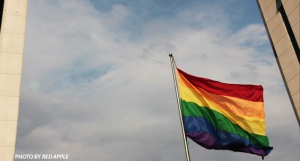 The United Nations’ (UN) top human rights body has approved a resolution condemning discrimination based on sexual orientation and gender identity (SOGI). The Human Rights Council (HRC) resolution, tabled by Brazil, Chile, Colombia, and Uruguay in September, followed a resolution in 2011 (Resolution 17/9 of 2011) on the same topic led by South Africa and asks the UN Office of the High Commissioner of Human Rights (OHCHR) to gather and publish information on how best to overcome discrimination and violence.

Resolution 17/9 of 2011 recognized that “human rights were the provenance of all persons, explicitly including LGBT persons, who frequently face particular challenges in seeing their rights to freedom from violence and non-discrimination upheld.”

Opponents of the resolution employed procedural tactics to defeat the text of the resolution by presenting a total of seven amendments that would have eliminated all reference to SOGI from the text, and made it applicable only to countries that proactively declare support for sexual diversity and rights. These amendments were defeated by vote.

The resolution passed by 21 votes in favor, 16 against, and seven abstentions.

Not fence-sitting this time, Philippines voted in favor.

Interviewed by Outrage Magazine before the voting, Jonas Bagas, executive director of TLF Share Collective, said that the new resolution is important “because it lays down the foundation for a more institutionalized response from the UN HRC on the issue of SOGI-related discrimination and violence.”

This resolution is based on the idea that “the HRC should periodically look into human rights cases against LGBT people, but it follows a very constructive, procedural, and dialogue oriented process,” Bagas said.

In a statement, Emerlynne Gil, international legal adviser for Southeast Asia of the International Commission of Jurists, said that this current resolution is important since “it is a demonstration of continuity by the HRC in deciding to remain seized of the issue. It is also important because of the fact that LGBT persons around the world continue to face discrimination and human rights violations based on their sexual orientation or gender identity.”

As pointed out in 2011, this process at the Council does not seek to create new rights, but rather to affirm the application of existing standards to those who face discrimination and human rights violations based on their sexual orientation or gender identity. The new resolution “contains one operative component, which is a request by the HRC for the OHCHR to produce a report on the best practices and means of overcoming challenges for dealing with violence and non-discrimination on grounds of sexual orientation or gender identity.”

“The aim of this specific resolution is to focus attention on and generate debate about the particular situation of this specific group that faces violence and discrimination, LGBT persons. Only a report that is mandated to focus on their specific situation will be able to provide the depth of information and analysis that could be of real assistance in advancing discussion on the specific issue of protection of LGBT persons,” Gil said.

Gil added: “It is a simple fact that LGBT persons around the world continue to face discrimination and human rights violations based on their sexual orientation or gender identity, in ways that may differ from violence and discrimination on other grounds.  Indeed, the report of the High Commissioner which she delivered at the request of the 2011 resolution concluded as follows: ‘A pattern of human rights violations emerges that demands a response. Governments and inter-governmental bodies have often overlooked violence and discrimination based on sexual orientation and gender identity. The mandate of the HRC requires it to address this gap’.”

“The HRC has taken a fundamental step forward by reaffirming one of the UN’S key principles — that everyone is equal in dignity and rights,” said Jessica Stern, executive director of IGLHRC. “This resolution puts the UN on a trajectory to address the discrimination and violence LGBT persons suffer daily across the world.”

Stern added: “The council is confirming that LGBT people have universal human rights. We know, of course, that the struggle is long, and that we will need the Council to focus on the violations we suffer for many years to come. But for now, we celebrate that the majority of States stood with us to declare, unequivocally, that human rights are for everyone, everywhere.”

With the periodic intervention contained in the resolution, TLF Share Collective’s Bagas said that it “could lead to a more institutionalized process to check SOGI-related discrimination and violence. It could enable, for example, a special rapporteur on SOGI-related human rights violations.”

“What’s important is that it is also a procedural approach, very constructive and based on dialogue. It doesn’t force States to immediately embrace SOGI issues, but it gives the Council evidence that’s needed to tackle the issue and put it in the agenda,” he said.

While the Geneva proceedings may seem detached from what’s happening to LGBTQIA efforts in the grassroots, Bagas said that this resolution can actually now be used as “a mechanism for the Philippines to report not just human rights violations, but also good practices (like our local ordinances) that could help other States understand how they should respond to the issue.”

For Anna Brown, director for advocacy and strategic litigation of the Human Rights Law Centre, the resolution is a strong message from the international community, but it is “not likely to have any immediate impact on situations on the ground.”

“The resolution ensures that LGBTI issues are on the agenda of the world’s top human rights body and the report that will be produced by the OHCHR will bring international scrutiny to bear on human rights violations occurring against LGBTI people around the world, and also share examples of good practice, with the view to encouraging states to learn and improve their policies and laws that impact on LGBTI people,” Brown said.

Brown added: “It is a modest but crucially important step towards building an international consensus on the rights of lesbian, gay, bisexual, transgender and intersex people and ensuring sustained and systematic attention on these issues. In the same way that the council’s work on other areas has developed, this resolution can be built on in the future and hopefully eventually we will achieve a stronger mechanism to report on and investigate violations on the basis of sexual orientation and gender identity on an ongoing basis. For example, a special rapporteur or independent expert.”

RECORDS OF VOTE ON THE RESOLUTION

« TRANS WOMAN PREVENTED FROM ENTERING THE TURKISH PARLIAMENT: “IF YOU HAVE A BLUE ID, YOU ARE A MAN”
Universal Periodic Review: JFI will address the medicalisation of sexual orientation and gender identity at UPR Pre-session »