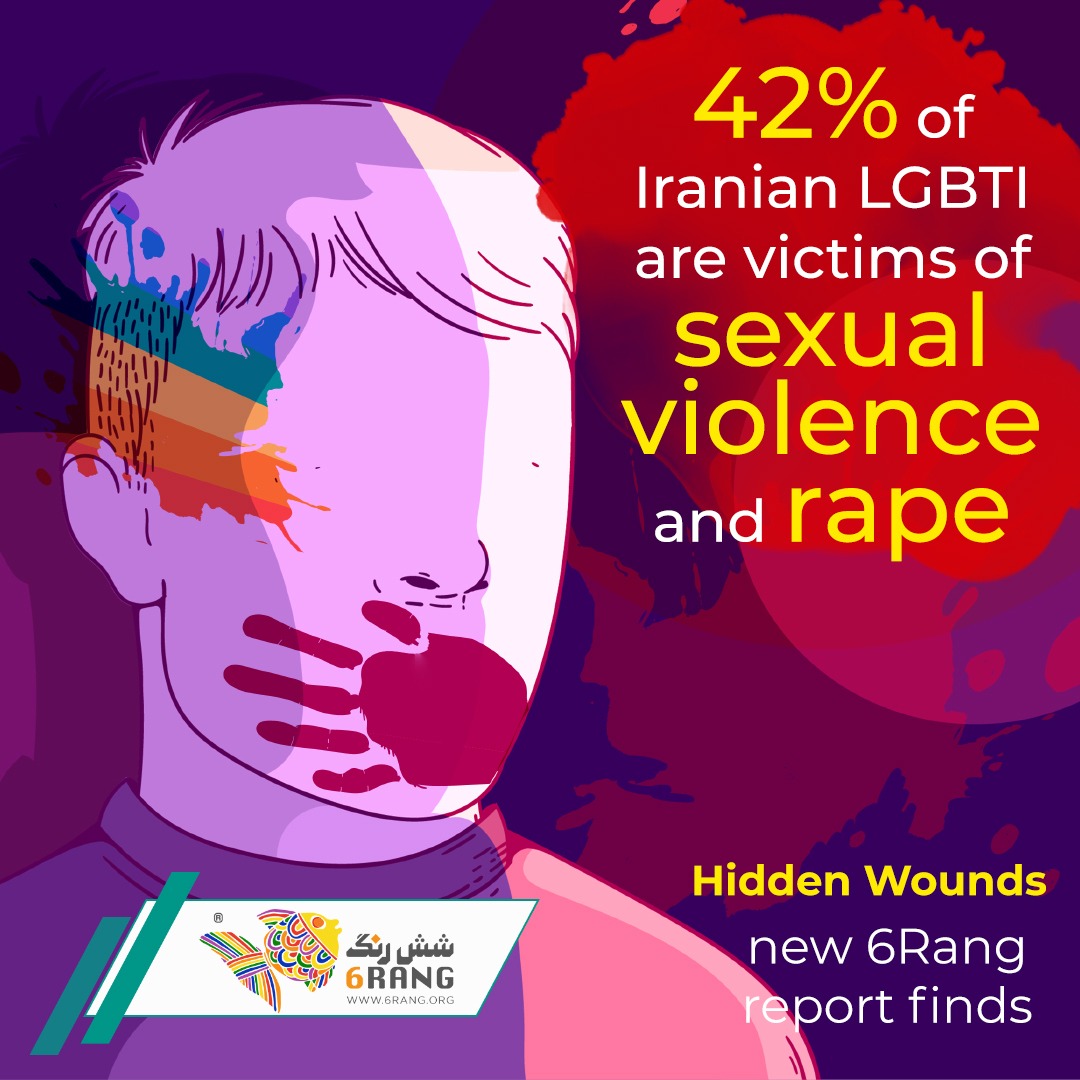 62% of Iranian LGBTI experience one or more forms of violence perpetuated by their immediate family; nearly 30% of them experience sexual violence and more than 77% of them physical violence; close to 38% of them are under pressure for forced marriage.

Of the participants, 68% of them indicated that upon experiencing violence, they “rarely” or “never” have or will seek assistance from the judiciary. More than 19% of the participants have been victims of violence and abuse by the police or the judiciary. 29 people have reported being arrested by the police because of their diverse sexual orientation or gender identity. After arrest, more than 28% of them experienced physical and verbal violence and 13% of them experienced sexual violence.

“The results of this survey show that sexual violence and abuse in the family and in public spaces, workplace and educational settings are usually silenced without punishment and accountability for the perpetrators,” said Shadi Amin, Executive Director 6Rang. “This community is even more deprived of the protection of the law and the judiciary than women, and conversely, if they go to the police, they can be subjected to compounded violence because of their sexual orientation or gender identity, or face criminal charges.”

Of the 230 individuals surveyed, 90% live in Iran. Almost half were between the ages of 18-25, with the second most prominent group being 25-35-year olds making up almost 30%. Just over 15% were under 18 and only about 5% over the age of 35. Nearly 15% of this survey was conducted at the beginning of this year and there was no participant who had not experienced some form of violence in the past or continuously until present. Close to half of the participants reported have been a victim of verbal, physical, or sexual violence in school or university. Furthermore, 18% of participants reported experiencing abuse perpetrated by educational facilitators on a regular basis.

The report, Hidden Wounds: A Research Report on Violence Against LGBTI in Iran, portrays a wide range of forms of violence that LGBTI people experience at their workplace, public spaces such as sport centres, and amongst friends and colleagues. 66% of the participants said they never or very rarely confide in medical professionals when experiencing abuse, while 53% described their families as being unreliable and unsupportive. 73% of the 230 respondents admitted to having considered suicide to some extent.

“This situation is a stark reminder of a lack of an up-to-date community of psychologists, psychoanalysts and counsellors who can rely on freedom of expression and shows the responsibility and importance of having such institutions in a society. Lacking these will continue to damage the LGBTI community in a different way everyday” said Shadi Amin.

Hidden Wounds report shows that structural and domestic abuse and violence against LGBTI in all aspects of society continues to target their lives and human rights. LGBTI people also feel that they are not supported by family members, the legal system or healthcare professionals.

Read the full version of Hidden Wounds: A Research Report on Violence Against LGBTI in Iran here:

Hidden Wounds: A Research Report on Violence Against LGBTI in IranDownload

6Rang is a UK-registered not-for-profit organisation pioneering and leading the campaign for LGBTI rights in Iran. We aim to raise awareness on sexual rights and eradicate homophobia, transphobia, violence against lesbian and transgender people as well as the LGBTI community in general. We are actively taking action towards empowering LGBTI people and utilising media campaigns and international mechanisms towards increasing accountability for the violations of LGBTI rights.