“We all got together and said it’s time to produce a statement that is not a statement of apology, but a statement on our beliefs on how conversion therapy harms people.” 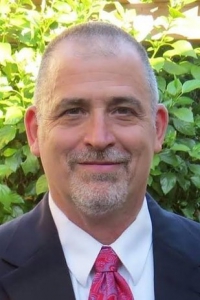 As advocates mount a national campaign against the practice, several former leaders of the ex-gay conversion therapy movement are now coming out in opposition to conversion therapy, or efforts to turn gay people straight, BuzzFeed has learned.

Nine former ex-gay leaders, from organizations like Exodus International and ministries like Love in Action, have signed onto a letter in partnership with the National Center for Lesbian Rights calling for a ban on gay conversion therapy and saying that LGBT people should be celebrated and embraced for who they are.

“At one time, we were not only deeply involved in these ‘ex-gay’ programs, we were the founders, the leaders, and the promoters,” they said in the letter. “Together we represent more than half a century of experience, so few people are more knowledgeable about the ineffectiveness and harm of conversion therapy. We know first-hand the terrible emotional and spiritual damage it can cause, especially for LGBT youth.”

The former ex-gay leaders, many of whom worked at organizations involved in the practice for several years, say they “know better now.” And many of the organizations they were involved in have shuttered or rebranded, like Exodus International, which very publicly announced it would shut down last summer. But gay conversion therapy is still practiced in many parts of the country, according to the NCLR.

Many of the signatories on the letter have previously spoken out against — and in some cases apologized for — supporting and advocating for gay conversion therapy. But for some included, it’s the most public statement they’ve made since renouncing the practice, like John Smid, who was a member of Exodus International and who served on its board for 11 years.

“We all got together and said it’s time to produce a statement that is not a statement of apology, but a statement on our beliefs on how conversion therapy harms people,” Smid told BuzzFeed. “We felt like we needed to make that statement.” 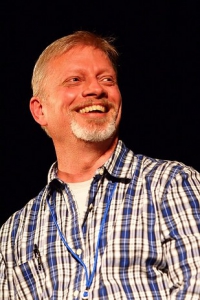 Smid said he experienced the harms of gay conversion or reparative therapy firsthand — enduring what he described as the damaging message that gay people are somehow “broken and sick and that they need to be repaired,” he said. Leading medical and psychological associations, such as the American Psychological Association, have discredited and criticized gay conversion therapy.

“In my own life, that message kept me trapped in a cycle of believing that I was emotionally ill and incapable of having a healthy life until those things are fixed,” he said. “For over two decades, I lived in that mind-set. That’s why reparative therapy is so damaging. That was the message that I received and that I taught in my involvement with Exodus and Love in Action.”

On Monday, Yvette Cantu Schneider announced via GLAAD that she is sorry for her work in the ex-gay and conversion therapy movement, “and is now fully supportive of LGBT people.” She, too, has signed on to the letter in support of banning gay conversion therapy efforts.

The former ex-gay leaders coming forward to unite in opposition the practice comes as LGBT advocates such as those at NCLR and other organizations are pushing for a movement against gay conversion therapy, including in state legislatures. Just this month, Michigan state Rep. Adam Zemke (D-Ann Arbor) introduced a bill that would ban conversion therapy for minors.

“This is about the civil rights of children,” Zemke told BuzzFeed. “A lot of children look up to adults and follow their advice blindly and innocently. They’re kids — they don’t know any better in some cases. As lawmakers, we have the responsibility to protect those kids from things proven to be harmful and this is no different. This is protecting the right for kids to be kids, whoever they are.”

Zemke said he is seeking support from lawmakers in the chamber, particularly among members of the Republican majority, to whom he points out that GOP New Jersey Gov. Chris Christie signed similar legislation into law just last year. Action or progress on the bill, though, likely won’t happen until later this fall, Zemke said.

However, recent efforts to ban gay conversion therapy for minors in some states have fallen short. Last month, GOP leadership in the New York State Senateblocked such legislation and in April, a similar bill was defeated on the floor of the Illinois House.

Either way, advocates and other critics of gay conversion therapy, hope to expand the debate over the practice coast to coast. The letter from the former leaders comes as part of NCLR ramping up its #BornPerfect campaign, which it launched last month.

“We are committed to protecting LGBT children and their families from the severe harms caused by these dangerous practices,” NCLR Executive Director Kate Kendell said in a statement. “These practices have been thoroughly discredited by every major mental health organization, and yet, every day, young lives are wrecked. We intend to stop the practices once and for all.”

Conversion therapy, also known as “reparative therapy”, “ex-gay therapy,” or “sexual orientation change efforts” (SOCE), professes to help lesbian, gay, bisexual, and transgender people to change or overcome their sexual orientation or gender identity. The majority of those who practice this “therapy” often do so with little or no formal psychological training, operating instead from a strict religious perspective, believing homosexuality to be a “sin.”

At one time, we were not only deeply involved in these “ex-gay” programs, we were the founders, the leaders, and the promoters. Together we represent more than half a century of experience, so few people are more knowledgeable about the ineffectiveness and harm of conversion therapy. We know first-hand the terrible emotional and spiritual damage it can cause, especially for LGBT youth.

Looking back, we were just believing (and sometimes teaching) what we had been taught— that our identity needed mending. We grew up being told that being LGBT was disordered, sick, mentally ill, sinful, and displeasing to God. We grew up being told that loving, same-sex relationships were shallow, lust-driven, deceived, disordered, and impossible.

We grew up with the repetitive message that LGBT people were not enough — not straight enough, not Christian enough, not manly or womanly enough, not faithful enough, not praying enough. Never, ever enough. “Toxic” probably sums it up best. That message is poison to the soul. Especially a child’s soul.

It can take a lifetime to get rid of that old programming and replace it with healthy, non-toxic views of yourself. Recovery from conversion therapy is difficult at best. Some remain forever scarred, emotionally and spiritually. Conversion therapy reinforces internalized homophobia, anxiety, guilt and depression. It leads to self-loathing and emotional and psychological harm when change doesn’t happen. Regrettably, too many will choose suicide as a result of their sense of failure.

In light of this, we now stand united in our conviction that conversion therapy is not “therapy,” but is instead both ineffective and harmful. We align ourselves with every major mainstream professional medical and mental health organization in denouncing attempts to change sexual orientation or gender identity. We admonish parents to love and accept your LGBT children as they are. We beseech the church to accept, embrace, and affirm LGBT persons with full equality and inclusion.

As former “ex-gay” leaders, having witnessed the incredible harm done to those who attempted to change their sexual orientation or gender identity, we join together in calling for a ban on conversion therapy. It is our firm belief that it is much more productive to support, counsel, and mentor LGBT individuals to embrace who they are in order to live happy, well- adjusted lives. We fully support the aim of #BornPerfect to bring an end to conversion therapy.